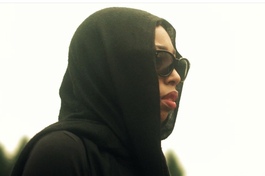 Sharma MacDonald is an Award-winning Actor, Filmmaker, and Multimedia Journalist from Markham, Ontario of Jamaican Parentage. Her Credits include BREAKOUT series on National Geographic/Discovery Channel and CTV’s SAVING HOPE. In honour of Canada 150, she was recognized by The Black Canadians Network as one of the top 150 Black Canadians.  In 2018, Sharma signed on as Host of the Urban Report on YES TV’s Let’s Talk with Woodroe Thompson.  YES TV is Canada’s most watched family values entertainment station.  In 2016 Sharma stepped onto the big stage in theatre performances of Nora and Delia Ephron’s LOVE, LOSS, AND WHAT I WORE. Sharma strongly believes that it is a fundamental human need to have a connection with one another. She became intrigued by the way film and television captivates people, yet allows them to escape in search of themselves through a storyline and its characters – this sparked her desire to be an actress. As an actress, she lives for this emotional relationship with the audience.

The odd time that Sharma isn’t acting, she focuses on writing, producing and directing.  Her directorial debut – her short film entitled No Way Out - was an Official Selection at the Women’s Director International Film Festival.  It also aired on Rogers Television Toronto as part of special programming for the Toronto International Film Festival. Sharma is currently developing her own media company and has a couple of projects in the works!  Above all else, Sharma always makes a point of giving back to the community and strives to strengthen her journey of Philanthropy.  She serves in her Church and nonprofit organizations, from behind the scenes to Keynote Speaker at events, and has long worked to inspire youth through the Arts.

Sharma was impacted mentally and emotionally by the events of the year 2020 in which she believes two pandemics were occurring…Covid-19 and Racism.  As a result, Sharma co-wrote her second short film titled 2020 about a black psychologist (her namesake) who is forced to confront her own suppressed emotions amid rising tension.  2020 has been an Official Selection thus far at Kwanzaa Film Festival (New York City), Ritu Rangam Festival (India), Toronto Black Film Festival, Halifax Black Film Festival and Tokyo Lift-Off Film Festival, to name a few.  2020 was also nominated for the prestigious Golden Sheaf Award at Yorkton Film Festival in the Category of Mental Health, a topic dear to Sharma’s heart, and the film won Best Narrative Short at The African Film Festival in Texas; amongst other awards.  Sharma is Lead Actress in the film.

This award is in the category of Kuumba Cinematography